Review: How It All Blew Up

I received an arc of this book from the publisher on Netgalley in exchange for an honest review. This does in no way affect my thoughts on this book.

‘How It All Blew Up’ was a book that I was genuinely looking forward to reading. The blurb sounded promising enough and I was excited to read an own voices book with a main character who will probably end up embracing both his Muslim/Persian side and his gay identity. The good news is, he does. The bad news is, the book probably would’ve needed some great polishing and is missing significant plot.

‘Pretty soon I realized I hadn’t just ruined my future; I had ruined their American Dream.’

This book is a coming out story, with the main character, Amir, torn between being a good Persian/Muslim son and a gay teenager. A high schooler in his final year, he can’t wait to graduate high school and move far far away from his family and the life he is used to as a closeted teenager. I quickly found myself falling for this witty, sensitive and nerdy young boy with big dreams and a big heart, and there were so many passages that made me spontaneously break out into laughter, the way the author played with Persian stereotypes and high school failures and first loves.

Just like you would’ve expected though, things never quite work out in the way we wished. Before Amir even has the chance to come out on his own terms, something bad happens and he spontaneously takes a flight to Rome. And that’s when things get downhill.

As soon as Amir sets foot in Italy, the plot starts to get messy. I loved the idea of a teenager spontaneously setting off on a journey for self-discovery through art, new people and the dolce vita, and while it might’ve worked for the first 20% of his ‘new life’, I quickly found myself losing interest in the people Amir meets and becomes friends with, as well as the Italian stereotype prompts you find in so many other novels/movies. One of the biggest issues I had with this book were the irrelevant and often dispensable relationships the main character creates throughout this book. Instead of making ‘long-term’ quality relationships, we become witnesses of meaningless hook-ups and different types of (sexual/friendship) relationships. This way, I was never able to warm up to his life in Rome, and granted it was only 30 days the main character ends up spending there, it felt somewhat off. There are also several pop culture references (both classics and modern ones) which could’ve uplifted the story but were instead lovelessly woven into the story and hence fell very flat. I did enjoy the small references to the main character’s Iranian side though, and that he finds people to share his culture with.

In addition, it was very hard to see any effective character growth in Amir. Does being open to new relationships and your own sexuality make you a bigger character? Absolutely. The book did however fail to zone in on the main conflict of this book — coming clean to his parents. I wished we would’ve seen more initiatives on his behalf to reconnect with his family, but it was rather his family who had to uncover all the ‘hidden clues’. Being in his constant state of denial made it hard for me to understand his decisions that only dragged him more down.

‘You look at me, ma’am, like I’m not capable of loving my own son. And that hurts. Because no matter where I come from, I am a mother before I am anything else.’

My favourite parts of this book were the ‘excerpts of interrogations’, the part where Amir and his family ends up being detained at the airport for ‘suspicious loud behaviour’. It gave the book a very interesting twist, highlighting two things: racial profiling and moments of family truths. It’s only then that the reader truly starts to understand the family’s struggles on a bigger scale: Failing to be accepted in a world that still has a lot of biases against Muslim people, and even after all these years, people still won’t take them as a whole. It’s especially not easy to empathise with parents that cannot reconcile with the idea that their son might be gay, but the author invested enough time in it to shine a light on their fears and hopes too.

‘Many times, in this country, however, I am made to feel uncomfortable, just like this. It is normal for me, to feel that I have walked into a party that I was not invited to. To be interrogated. To have my every value, every detail of my existence, questioned.’

I do recognise the importance of this book for teenagers (and adults alike), especially those who struggle with their own family’s conservative background. The author more than once empathises that religion really isn’t the problem of the formula; it’s the conservative and strict values that young people grow up with that makes them feel unseen and misunderstood by their family. I think that was a very important and loud message, and that is exactly why the book left at a very sweet note.

Overall I wished the author would’ve stayed in one lane instead of driving the story into a mess of confusing relationships and a journey of getting everywhere and nowhere, because this is exactly how I felt once I read the final chapter of the book. I’m hoping this book will open the door a little bit wider for many other queer books with queer representation to come! 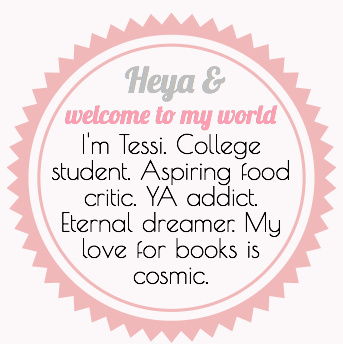