Life As an Asian, Medicine, Speak Your Mind

I don’t care if you thought you were being funny or not. I was sitting in your Zoom class in ear, nose and throat medicine today and you were giving a lecture on the connection between the olfactory organ and the brain, how the sense of smell and our memories and emotions are intertwined with each other. Honestly I don’t care that you are the head physician of your department because you honestly didn‘t care about my feelings either.

Now let’s do a little rewind. You were showing us pictures of ‘everyday situations’ that emphasised the importance of memory/emotions and smell wiring. The smell of apple pies can evoke happy memories in us if they remind us of our grandmothers’ baking. The smell of hay on the other hand can trigger joyful emotions if we spent blissful days in rural areas during our childhood, or they can provoke bad ones if they are connected to horses’ droppings. I was chuckling a little bit when you mentioned that.

Why I No Longer Use Bookstagram As My Main Platform

Okay, this title sounds way more dramatic than it actually is. I love Bookstagram, even though I don’t think I ever intended to make it my main platform in the long run. As a person who had been an active book blogger in her past life and who has only started using Bookstagram recently (kind of), I was immediately starstruck by the vastness of Bookstagram. I joined the platform around March, and at the peek of my ‘Bookstagram career’, I was posting at least four times a week. No lie, I was amazed by how quickly my “numbers” were rising, and what is even more exciting, getting my voice heard at places I never thought would happen.

Let me quickly explain why I even joined Bookstagram in the first place though. In March of this year, the global pandemic finally reached me (literally) and I realised I needed a creative outlet in order not to get mad. So, I decided to re-join the book community after years of neglecting it.
The thing is that I wanted to take baby steps first before entering the big pond with my blog again, especially since my blog needed some heavy upgrading first. So, my decision fell on Bookstagram and I instantly fell in love with the platform.
It’s easy to use, and what is even more important, I’ve made some excellent friends in the meantime, people that share the same passion as me (and who even love rice just as much as I do). I genuinely enjoy scrolling through my feed just before bedtime, admiring the aesthetics of fellow bookstagrammers. Most importantly, it has taught me a lot about how the bookish world works these days — anything from book fandoms, the evolution of fanart or the power of ‘book influencers’. It’s not as if they hadn’t existed before but the intensity with which I was confronted with once I returned felt overwhelming and empowering at the same time.

This is the first time I’m doing a monthly wrap-up & it would be a lie to say I didn’t feel at least a little bit giddy writing it. Here’s a little wrap-up of what happened in my life life/book/blog-wise. Hope you’ll enjoy my little collage of moments!

My life in blogs

1. I finally revamped my blog! Not only am I back with a new blog design (which was LONG overdue), I also don’t think I have ever been so committed to book blogging. I’m currently trying to post at least once a week but it’s so fascinating for me to see how my writing has evolved over time, that and my approaches to blogging overall. I love getting bolder, being more confident about my own writing and my own heritage & just putting all the words together I want to speak.

2. Speaking about becoming more confident and bolder — my favourite posts that I wrote this month are on book piracy and ownvoices. Do you know this feeling of writing a blog post and you just can’t believe you came up with all the sentences? It still feels so surreal. I feel so proud that I managed to write these two posts. All words in the posts are mine. People are reading my words!

Allgemein, own voices, Speak Your Mind

How Broad Is #OwnVoices?

Ownvoices (OV) readers. I love this expression so much. Ever since this term has been coined together a few years ago, it has greatly shifted the dynamics in the book blogging community and the way readers see stories. Publishing books by authors with a ‘minority background’ has a long tradition of being largely ignored in the publishing industry, let alone bringing OV books to OV readers, so seeing the recent efforts to empower marginalised minorities in the book blogging community brings me truly joy. Whether it’s Shealea’s Asian Bookish Creators index or several blog tour companies that have popped up in recent months, empowering marginalised communities is so important.

Something that I have been thinking a lot lately (and it was way before ‘ownvoices’ blog tour companies came around) is: To what extent is it okay to say that you are #ownvoice when in fact you can only ‘partially identify’ with the story’s background? Is it ‘ethically correct’ to use one’s own OV card to request an arc which features POC characters whose background you can only ‘broadly’ identify with? Am I a true ally to the community by signing up for a blog tour when I don’t 100% match the main character’s (e.g. ethnic) background? And with this, I don’t even mean people that identify as mixed-race, I mean identity on a broader scale — but more on this later. Just a quick disclaimer: In the end, it’s really up to you to decide what you identify with, but whatever you identify with comes with responsibilities. And most importantly, identity is a spectrum, not a clearly defined set of traits you have to have in order to ‘qualify’.

I’m so excited to be on the blog tour for Pintip Dunn’s newest book, Dating Makes Perfect! I was lucky enough to read an early copy of this book, which turned out to be a fun and sweet story with lots of Thai/Asian/immigrant appreciation.

— Quick disclaimer: My blog post was uploaded a few days ago before a lot of shady stuff with HOV blog tours came out. I don’t want to change the original content of this blog post BUT I’m still waiting for the blog tour company to take real responsibility and show accountability. They’re not as shiny as I’m describing them in the next few sentences, and I’m truly sorry for all those that have been hurt through them —

Also shout out to the ladies behind Hear Our Voices for organising this blog tour — they work incredibly hard to bring ownvoices books to readers and I feel so grateful to be part of their vision!

It’s a truth universally acknowledged that book piracy is bad. It’s something that I never spent much time thinking about: It’s illegal (some people like to argue it’s in a legal grey zone), it’s harmful towards authors (and publishing houses), it’s stealing and that’s the overall narrative. I can’t remember how many times I have read posts by authors, tired from the many times they have seen their work uploaded on piracy sites, begging readers not to download these stolen copies. It’s exhausting, I get it. And I would definitely hate it too if I found my assignments for uni online for everyone to download without my consent.

Then something interesting happened a few weeks ago. I had just signed up for Scribd to download an audiobook for my book club when one person in my book club’s group chat sent a link to a website where you could download many books for free. Intrigued, I clicked on the link & nothing stood out as suspicious to me. Yet nothing in the world comes for free, so I googled the site…turns out it was a book piracy site. Horrified, I quickly sent a message to the group chat that we as a book club can NOT support book piracy. A day later, another person sent a link to another book piracy site, and this time, enraged, I announced that we have a zero-tolerance policy for book piracy, and should people continue promoting piracy sites, it would lead to their immediate suspension.

END_OF_DOCUMENT_TOKEN_TO_BE_REPLACED

I’m Tessi & this blog is dedicated to books books and books. You will also occasionally find opinion pieces on life as an Asian girl/life as a med student/life as a broke student. I especially want to use my platform to amplify marginalised voices to diversify the narrative in literature. Feel free to reach out to me on my socials! 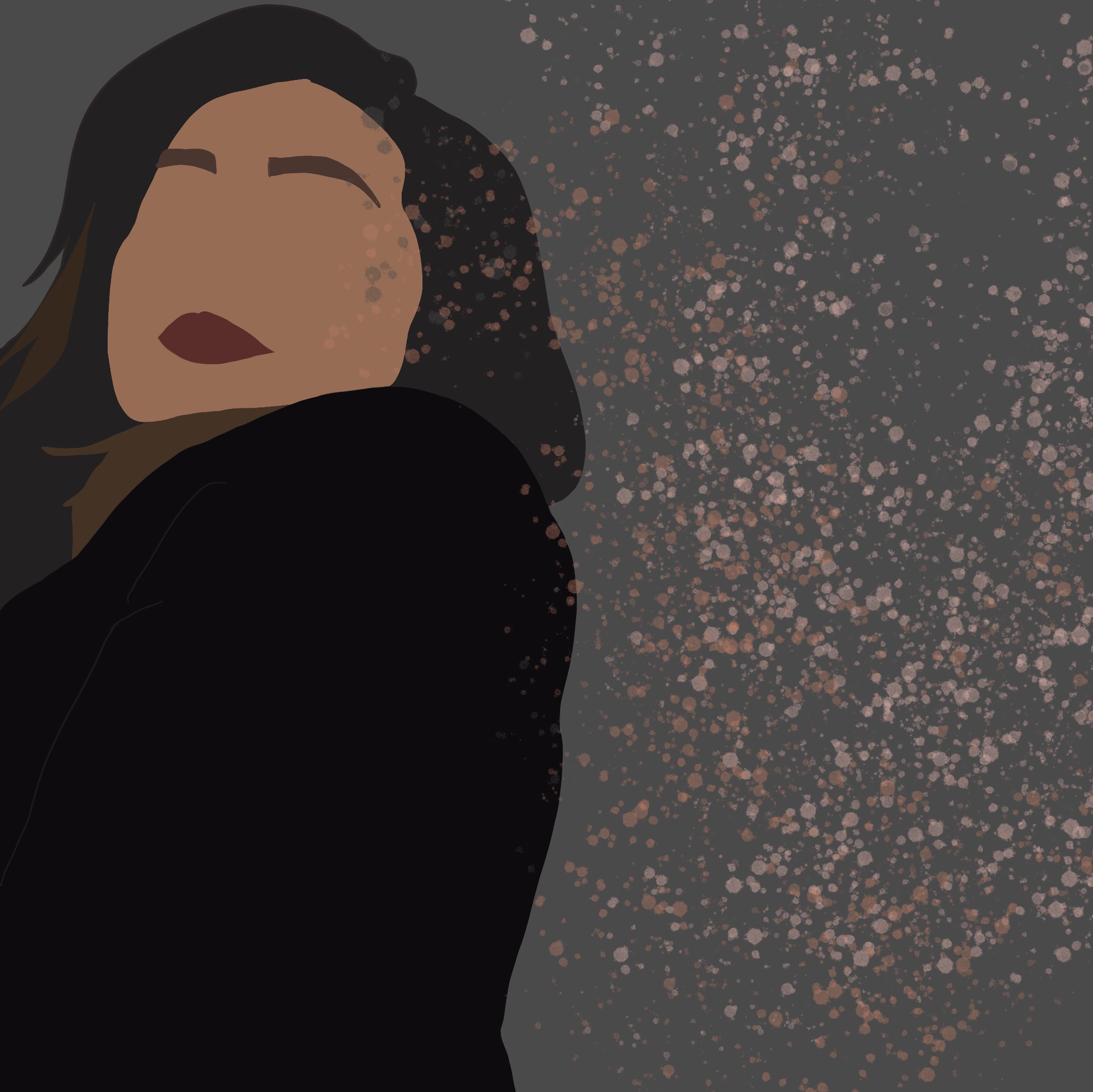 Find out what’s going on in the world and how you can help:
issuesintheworld.carrd.co